Where the dark Altbier flows

Breweries are local institutions. They are as much a part of Düsseldorf as the Altstadt (Old Town) and the Rhine. If you visit Düsseldorf, you should definitely plan a trip to a brewery.

Altbier is served in particularly shapely glasses. In many breweries, you can also have a tour of the brewing facilities. During the day, the streets are often scented with the aroma of the ingredients. When the weather gets a little warmer, people flock to the streets of the Altstadt (Old Town) and gather around the long wooden tables. Best of all: The sunset on the banks of the Rhine is always just a stone's throw away. What are the breweries all about? To keeping up with tradition. A brewery in Düsseldorf is primarily a place of social interaction where people come together. The legendary Köbesse, the brewery waiters, treat even the most famous celebrities like everyone else. However, Altbier is not the only thing to be produced and sold in the breweries. Uerige has produced a beer together with the Toten Hosen, which is offered as “Hosen Hell” (Hosen light). The lead singer Campino was asked why they, as a Düsseldorf band, had brought out a light beer. Answer: “There are already so many good Altbier varieties in Düsseldorf!” What is an Altstadt evening like? Going from one pub to another, eating a snack in between and getting into conversation with many people. Rhinelanders are sociable people and prefer to stand at a table where there are already other people. 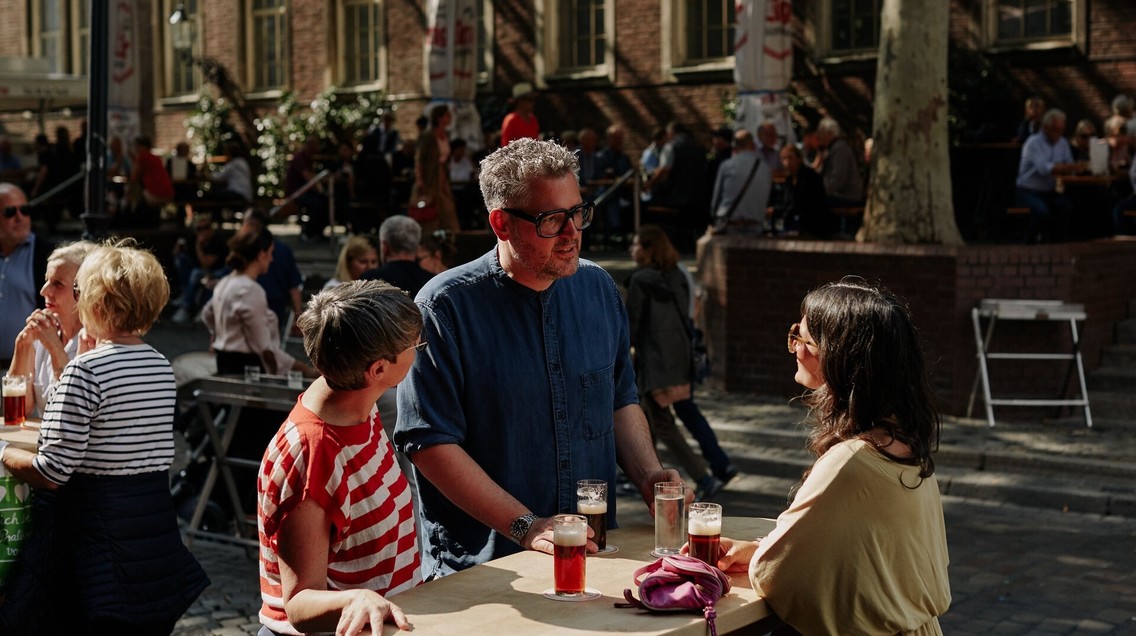 Where the Altbier flows