The electronic music pioneers Kraftwerk and the Toten Hosen from the punk scene are the most well-known bands of the city. “The Sound of Düsseldorf” is a pop music tour on which you can get to know the most important music venues.

Time and again, Düsseldorf has produced influential and successful pop music. Musicians, artists and other creative minds have been gathering in the Altstadt (Old Town) for the last 50 years, where they have started up bands and influenced each other.

Düsseldorf was and is a place of inspiration for many innovative artists, not only for painters, photographers and sculptors, but also for musicians. The Düsseldorf band NEU!, which was formed in the Kunsthalle (art hall), has among its influences, David Bowie, Blur, Placebo, Sonic Youth and Stereolab. Kraftwerk, one of the most influential bands in pop history, held their first concerts at Creamcheese, where the regular guests included the artists Joseph Beuys, Anatol Herzfeld and Günther Uecker.

“Things will always continue. Music, a medium for ideas” - Kraftwerk sent out this message from Düsseldorf to the world. “No time to stop, history is being made”, sang Fehlfarben, a nationwide, influential band who also got together in Düsseldorf. Campino wrote lyrics about his hometown for the Toten Hosen in the song “Tage wie diese” ("Days like these"): “Along the alleys, to the Rhine terraces/over the bridges, to music”.

Whoever is out and about in Düsseldorf today, will find a vibrant local music scene which either follows its famous role models or just does its own thing. The Kunstakademie (Academy of arts) has a strong influence. The many venues where contemporary art is exhibited, continue to influence the creative process up to this day. 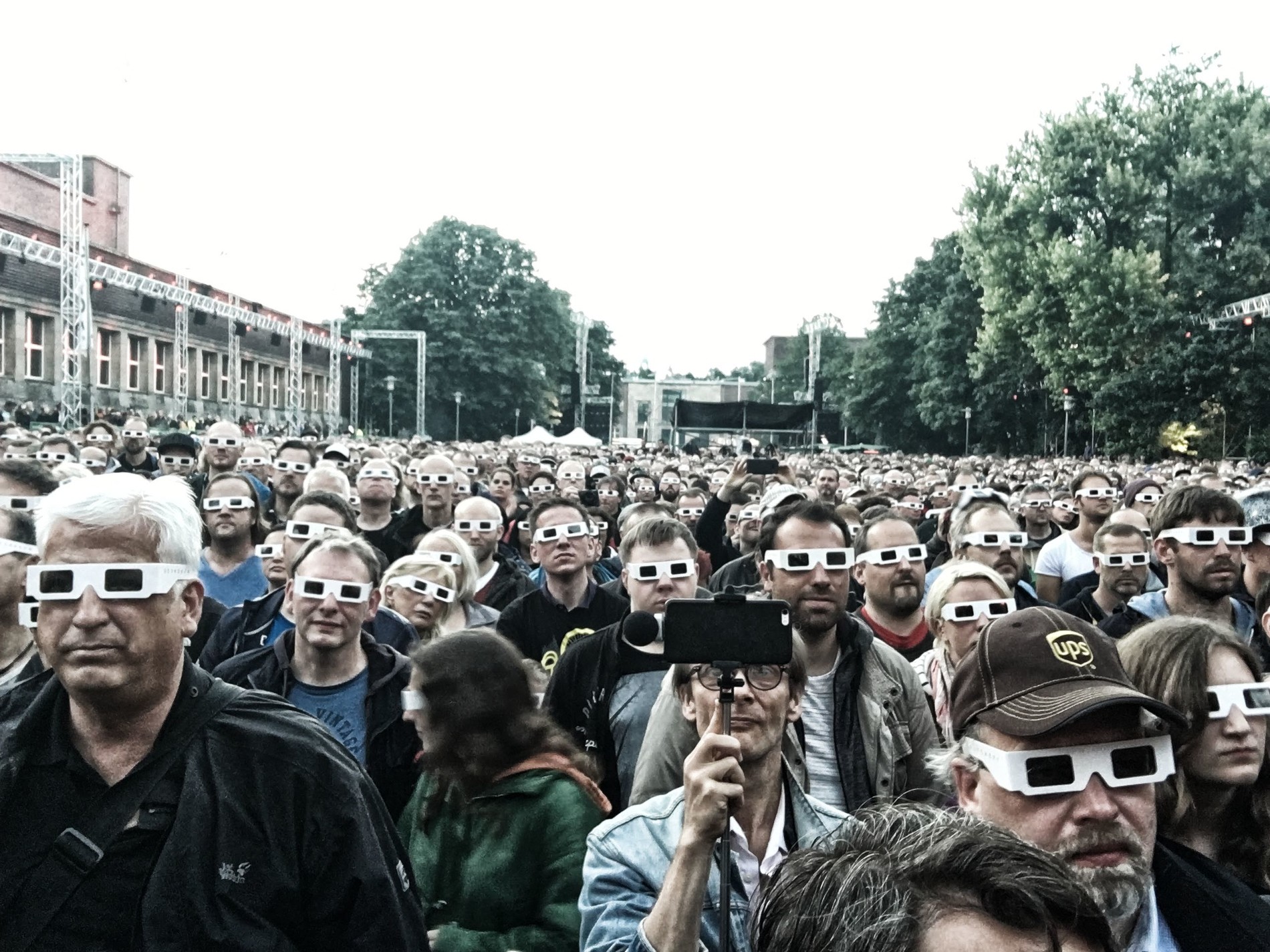 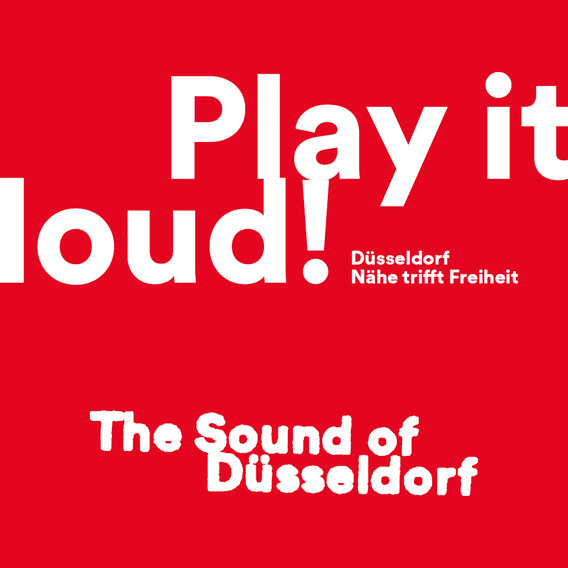 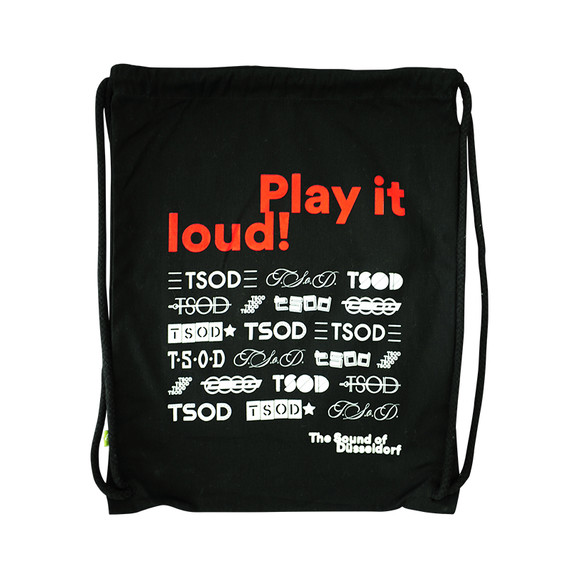 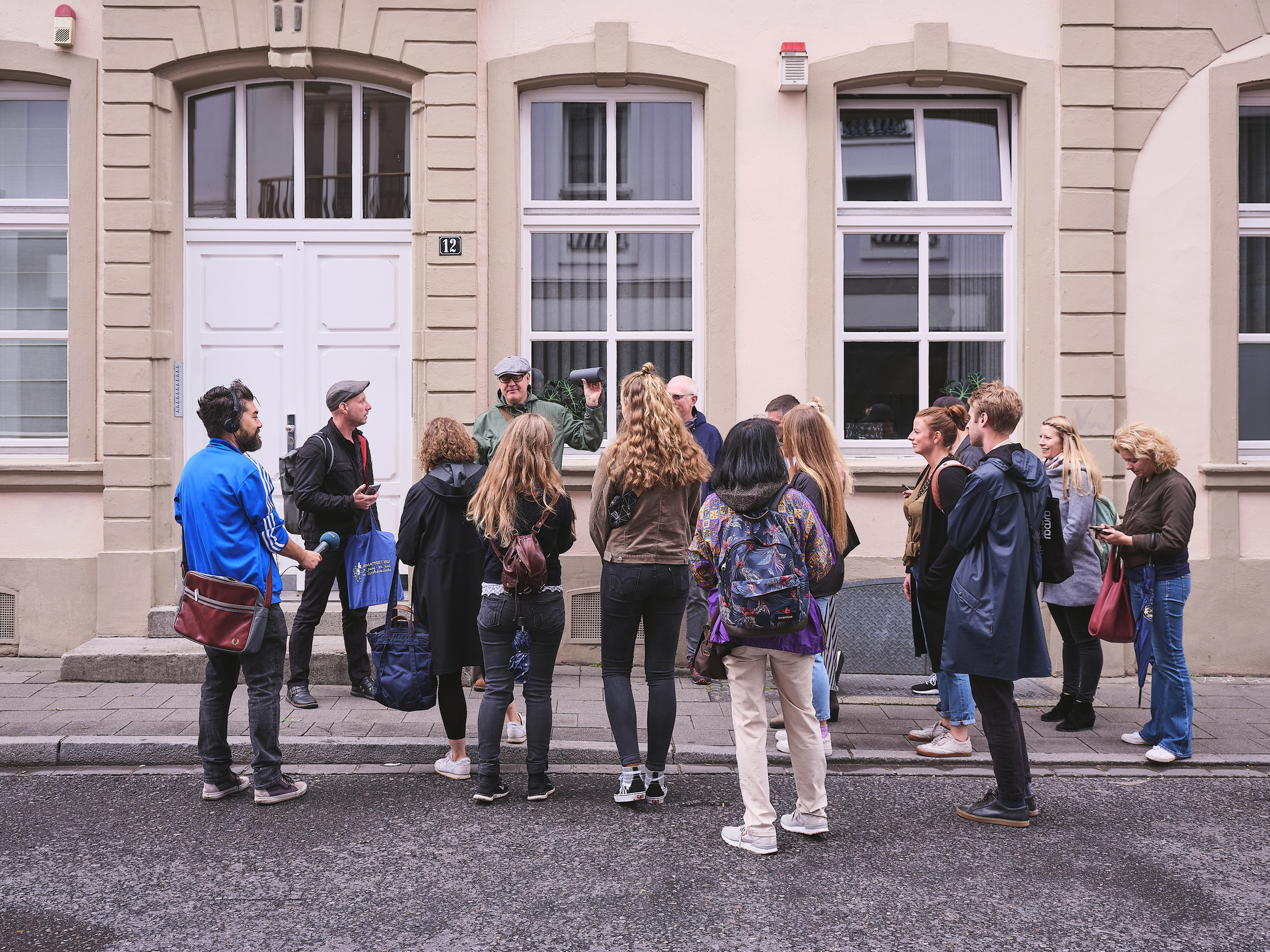 120 minutes on the trail of NEU!, Kraftwerk and DAF in English. A music-packed adventure!

The open-air concert took place in summer 2017 in Düsseldorf's Ehrenhof. Kraftwerk presented their “3D catalogue” to 15,000 fans from all over the world. The program included hits such as “Computerwelt”, “Das Model”, “Autobahn” and “Die Roboter” as well as the “Tour de France” album for the occasion. In 2013, the internationally acclaimed electronic music pioneers performed their entire set at eight concerts in the K20 on Grabbeplatz. With 3D video projections specially developed for the performances, Kraftwerk's concerts have become a complete work of art of sound and vision and thus become part of the art and museum world.

The Toten Hosen have often shot video clips in Düsseldorf during their almost 40-year career. But they have never showed the city in such a good light as in “Feiern im Regen” in 2019. The video was shot on the Rhine meadows. Five men in diving suits climb out of the Rhine in Düsseldorf-Oberkassel. In the background: the Tonhalle and the Rheinturm (Rhine tower). The five divers are of course the band members, making themselves comfortable on the Rhine meadows and enjoying a little picnic... The song was released on the Toten Hosen album “Alles Ohne Strom”, which was recorded live in the Düsseldorf Tonhalle.

The guides of our city tour “The Sound of Düsseldorf” have put together a Spotify playlist based on the songs that are played during the pop walk. If you want to get in the mood for the city tour or want to reminisce, you can listen to the music and lyrics composed in Düsseldorf rehearsal rooms: Spotify Playlist