The artist and his city

Joseph Beuys shaped Düsseldorf – and not only in terms of art. His famous dictum – “Everyone is an artist” – continues to inspire the city today. Beuys was a vocal advocate of grassroots democracy and a co-founder of the ecological movement. A pioneering thinker: 60 years later, his ideas are now more topical than ever before.

From the 1960s until his death in 1986, Beuys was omnipresent in Düsseldorf. In the Altstadt (Old Town), you could run into him in the Museum District, in front of the Kunstakademie (Academy of Art) or in one of his regular watering holes. He created headlines with action art that grabbed the media’s attention: fishbones, 7,000 oak trees, fat corners and revolutionary ideas. Students took to the streets for him. No professor before or since has achieved such popularity. Beuys met Warhol, was on the cover of Spiegel magazine, and advertised Japanese whisky. Now it’s time to engage with him again.

Germany’s most influential artist would have celebrated his centenary in 2021. Numerous museums are devoting shows to his work. The central event is the grand centenary exhibition at K20 in Düsseldorf. A special city tour shows where Beuys’s influence can still be felt, guiding visitors from the Johannes Rau statue, along the Joseph-Beuys-Ufer to Ratinger Straße. Visitors with a little more time on their hands can follow Beuys’s trail from Düsseldorf to the Lower Rhine – or vice versa – by bike. But please don’t cross the Rhine in a dugout canoe!

A metaphysical augmented reality journey through the world and ideas of Joseph Beuys. To be experienced in Düsseldorf at three locations: the Beuys-Eiche, the Kunsthalle and the Kunstakademie. 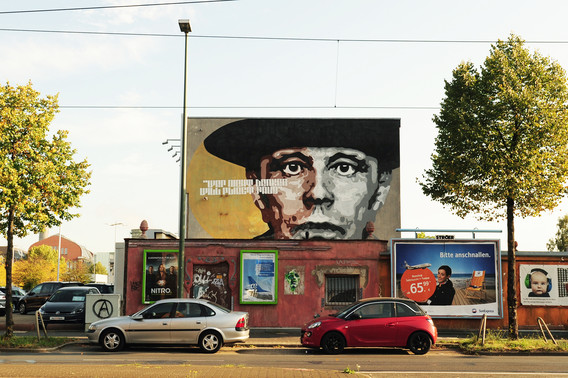 Where the artist still inspires the city 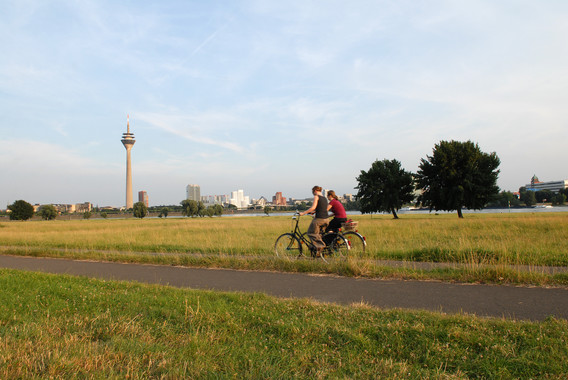 Discover the Rhine and Beuys

All dates and exhibitions 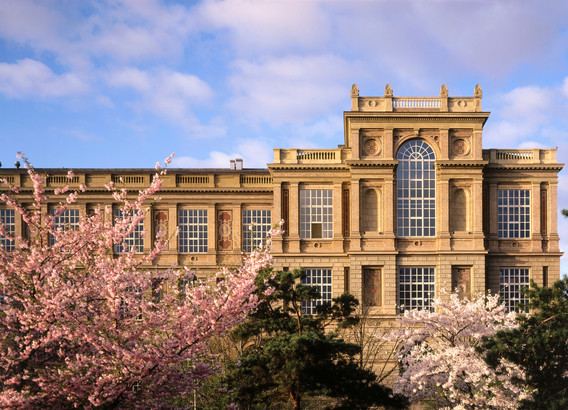 Two of the most important and still most influential artists meet for the first time in person: Andy Warhol and Joseph Beuys meet in 1979 at Hans Mayer’s gallery in Düsseldorf. The photographic proof is world-famous.