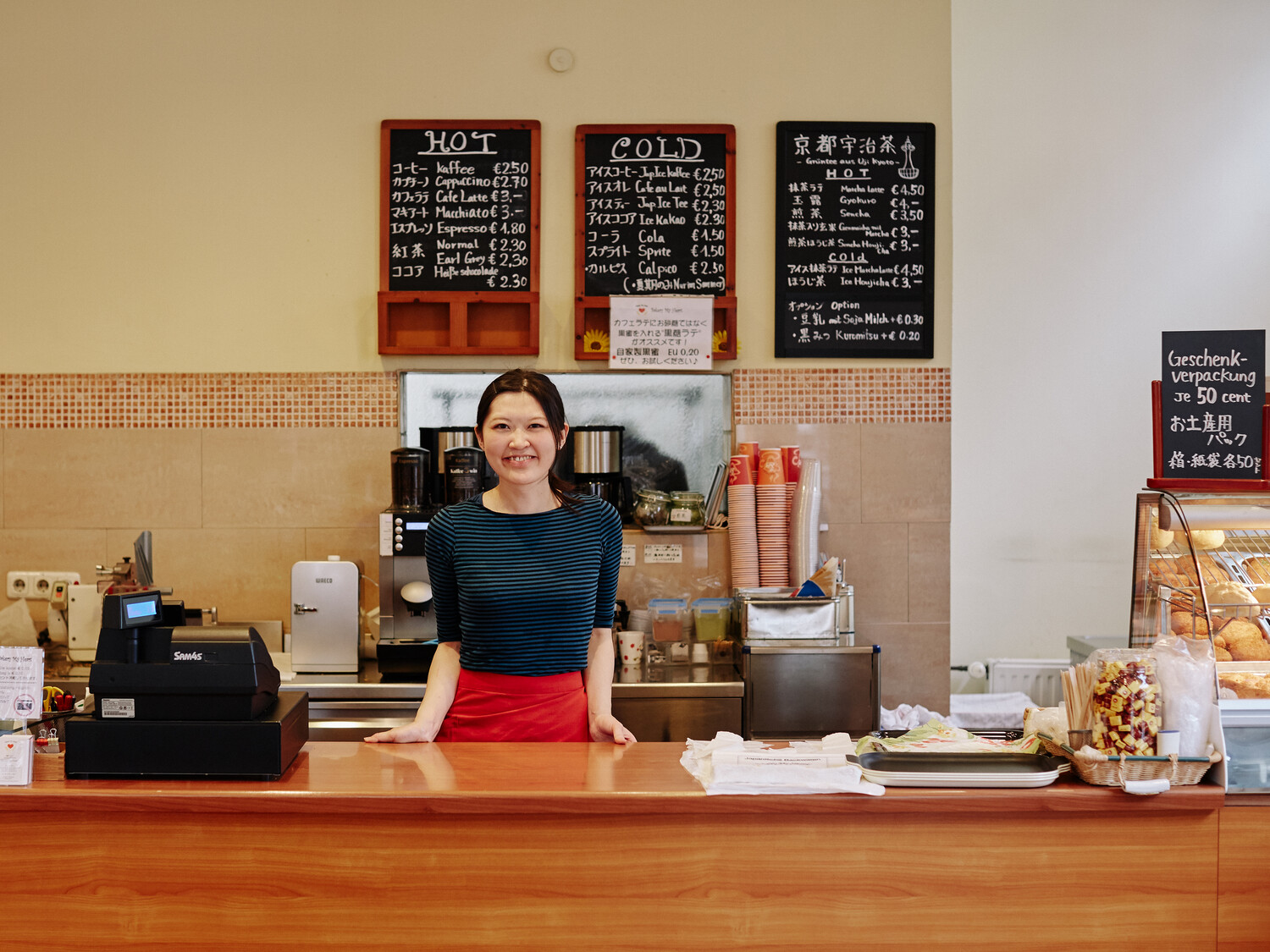 We'll show you where to try the best melon rolls, bingsu, and dough fish with enoki mushroom filling

Two of the world's most exciting destinations, Japan and South Korea, are right around the corner in Düsseldorf, at least in terms of taste. Around the Japanese Quarter you can not only experience the art and culture of the countries, but also experience them culinary. In addition to supermarkets and numerous restaurants that offer everything from simple rice balls to elaborate multi-course meals, several bakeries, pastry shops and cafés await your visit. And these will delight even those who don't usually care much for desserts, cakes and the like.

Speaking of exotic, have you ever tried noodles in a soft bun normally used for hot dogs? Sounds bizarre at first (and doesn't look very funny), but "Yakisoba Pan" tastes absolutely delicious. At Bakery My Heart, which is located on the corner of Kreuzstrasse and Marienstrasse not far from Immermannstrasse, you can try exactly this specialty. At least as good: the version with crispy potato slices, better known as "Korokke Pan". It's best to arrive as early as possible, because a queue quickly forms at lunchtime - and the desserts, such as the melon bread with cream filling, are also quickly sold out. And that would really be a shame. Because - as the name suggests - you'll quickly take this café to your heart.

Bingsu - need we say more!? For fans of the dessert that looks like a miniature snow mountain, there is hardly a better place than the Namu Café. Here, a few minutes' walk from the hustle and bustle of Immermannstrasse, the specialty is on the menu in almost every conceivable variation: as a tiramisu bingsu, with raw beans, classically with chocolate or with matcha and mango. Those who are now fretting because they can't tolerate milk need not despair: the Namu team also offers its desserts with soy, oat, almond or coconut milk. And for those who prefer something hearty, there's Korean toast.

If you don't know where Soboro Bakery and Confectionery is (namely, on Oststraße), just follow your nose: even from a distance, an irresistibly sweet smell beckons you into the small Korean store. A refrigerated counter, a few shelves and a window display - that's all the selection there is. But it's a good one, as the many customers prove, even at early lunchtime. Particularly popular: the corn dogs, a piece of chicken on a wooden skewer in crispy breading. There is also a vegetarian version with cheese (around four euros each). But the tartlets with black sesame, pistachio, or the East Asian citrus fruit yuzu, for example, also make you forget any plans for a temporary diet.

Anyone who has ever been to Japan will recognize them immediately: the typical fish-shaped dumplings. The staff at the lovingly designed Bing Go on Immermannstraße fill them with a savory or sweet paste. What would you like: cheese and ham, enoki mushrooms or tuna with mayonnaise and nori (for 3.60 euros each)? Or would you prefer sweet potato, red bean paste or even Nutella (at 3.30 euros each)? Also not to be sneezed at: the ice cream, which is available at Bing Go in black cones. Many fans are happy to stand in line for it, even in the pouring rain.

Are you looking for a very special dessert? Then look no further. Akita offers you a selection that is second to none. There's the crépe cake, for example, with so many layers of wafer-thin pastry that you won't be able to stop marveling. Or the "Dirty Matcha White Chocolate Bread", which looks like the exotic cousin of the French roll. Or how about the soy milk soufflé? The staff can also design individual motif and birthday cakes according to your wishes.

Just like at our German bakeries, where the counter is often empty by 8 or 9 a.m., you should also set an alarm for a visit to Bakery Taka. Just like in a classic bakery, most of the goods are sold in the morning hours. Among the most popular rolls are those with sweet red bean filling, or "anpan," and the doughnuts with vegetable mince curry paste. Both cost 1.60 euros. But there are also very traditional products waiting for you - such as "Heidi's white bread". Japan in Germany, after all.