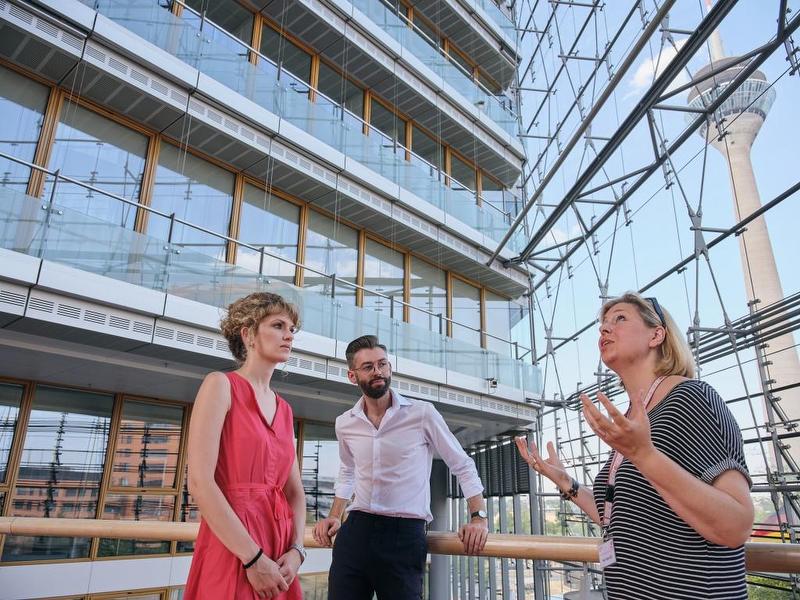 A tour of the MedienHafen will show you that Düsseldorf is developing at a fiercely dynamic rate. Until the 1980s, the area was dominated primarily by warehouses – today, the district is in a state of permanent change.

Part of the tour’s attraction is also the various examples of outstanding architecture: the twisted buildings designed by the American Frank O. Gehry are as spectacular as the open design of the Landtag (state parliament) is symbolic, while the Rhine Tower is literally a cut above the rest.

This tour is also available for private groups.

This tour is also available for groups.

Vouchers can be booked here.