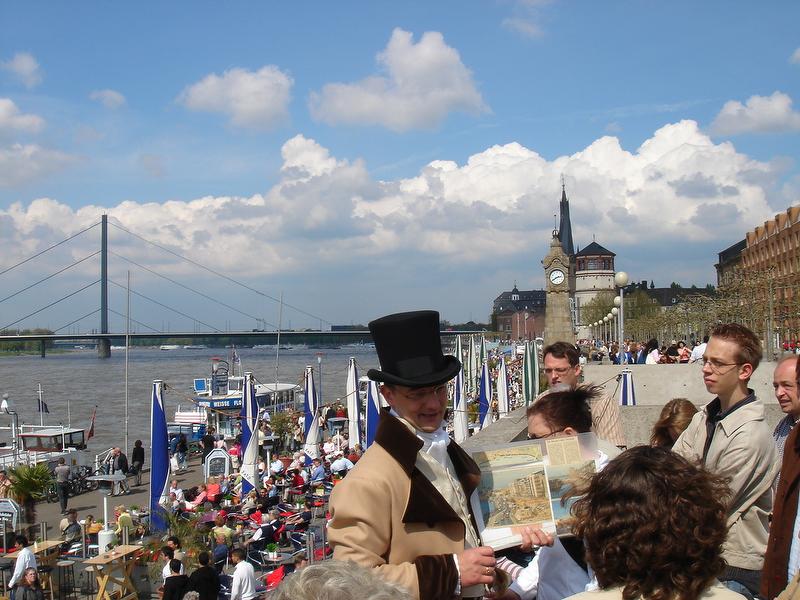 Hardly any other era has left such a lasting mark on Düsseldorf as the few years under Napoleonic rule from 1795 to 1814. Alongside the ideals of the French Revolution that came to the Rhine during this time, Düsseldorf finally left the Middle Ages behind and laid the foundations for its brilliant rise to become a modern city. On the tour through the old town, these developments are vividly and lively explained. Especially when Napoleon, to put it casually, personally became the "boss" of Düsseldorf, the wheel of change turned even faster and much of the "French era" can still be found today in culture, justice and business.

With the help of many historical maps and graphics, the guide takes you on a journey through the old Düsseldorf and shows you the stations of His Majesty the Emperor, what he changed, what still has an effect today and why the words of Heinrich Heine are still justified today, that Düsseldorf is a "beautiful city".

Important hygiene regulations for tours to be found here.