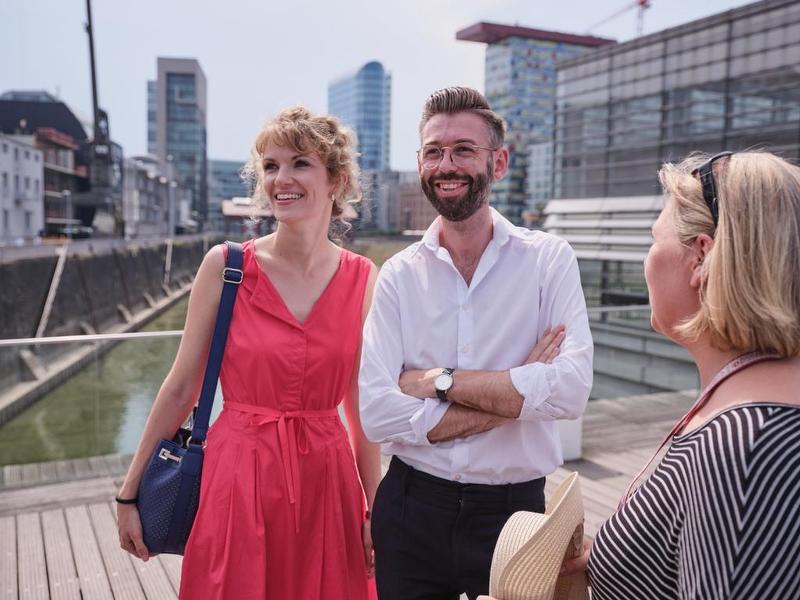 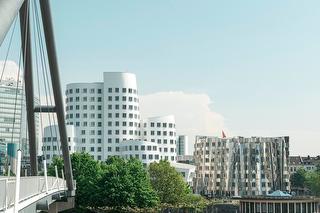 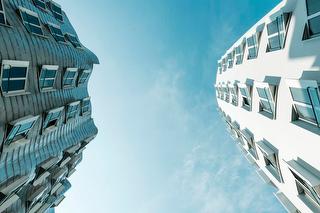 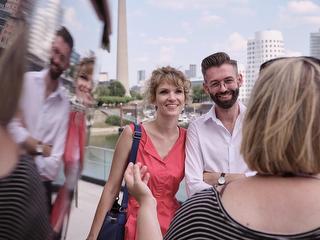 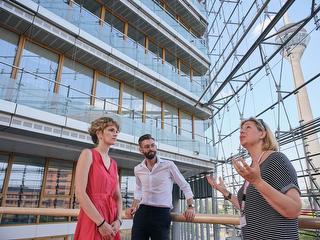 Where a few years ago disused storage halls emanated an atmosphere of bleakness, there is now the "MedienHafen", arguably Düsseldorf’s most interesting urban development project. A tour of the Media harbor will show you that Düsseldorf is developing at a fiercely dynamic rate. As recently as some twenty years ago, the area was dominated primarily by warehouses- today, the district is in a state of permanent change. The Media Harbor is one of Düsseldorf’s liveliest places and home to numerous media and advertising companies.

Part of the tour's attraction are also the various examples of outstanding architecture: the twisted buildings designed by the American Frank O.Gehry are as spectacular as the open design of the Landtag (state parliament) and the Rhine Tower is towering in the truest sense of the world.